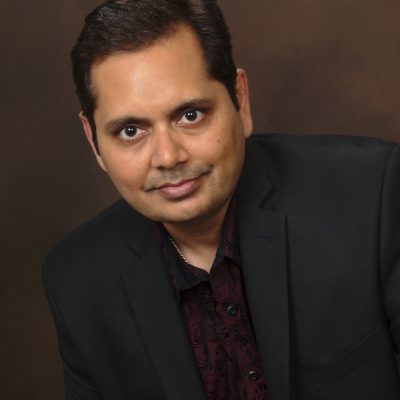 Bimal is a pioneer, author, and a results leader delivering meaningful transformations. Bimal is the CEO of Rajparth group of companies that is on a mission to make a million pioneers throughout the world. Bimal has a passion for helping entrepreneurs achieve their three-year goal in one year that is closest to their 25-year vision. That is the purpose behind his book series, “Becoming A Pioneer.” His systems solve one of the biggest problems 80 percent of small businesses face today-becoming extinct even after 15 years in the business. Bimal has helped 26 CEOs more than double their business in a year by becoming pioneers and more than 1000 families take their wealth securely to another level.

Bimal’s story began when he came to the US 24 years ago with nothing, worked several jobs to pay his own tuition, started his own business after graduation, and has been a thriving entrepreneur ever since. He is married for 23 years and a dedicated father to his two daughters after which he named his company. Bimal’s strong expertise as a Chartered Financial Consultant has helped him build strong financials and improved profitability in a year for many businesses.

You can reach Bimal at https://bit.ly/MyMeaningfulTransformation

Bimal is a recognized speaker in many recognized platforms and associations like Goldman Sachs, Vistage, The Millionaires Group, American Business Women’s Association, CEO Ventures. and much more.

Bimal has been recognized every year in Who’s Who in the World. Rajparth Group has been named the Best Small Business in Boca Raton in the Investment Category. Bimal Shah is well-known in South Florida and in business community for the last 23 years. He has been featured in NBC WPTV, Prestigious SFBW Magazine, Radio Entrepreneurs, I am CEO, Authority Magazine, The Entrepreneur Way, Office Hours, and much more with one goal-making your journey meaningful.

Sorry, but nothing matched your search terms. Please try again with some different keywords.