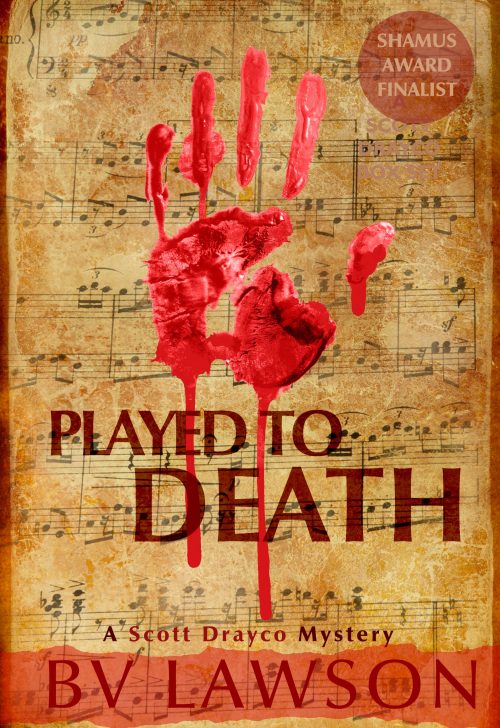 Still suffering nightmares from a case that ended tragically, brilliant freelance crime consultant Scott Drayco considers retiring from crime solving altogether. When a former client bequeaths Drayco a rundown Opera House in a Virginia seaside town, he figures he’ll arrange for a quick sale of the place while nursing his battered soul in a peaceful setting near the shore.

What he doesn’t count on is finding a dead body on the Opera House stage with a mysterious “G” carved into the man’s chest. With hopes for a quick sale dashed and himself a suspect in the murder, Drayco digs into very old and very dangerous secrets to solve the crime and clear his name. Along the way, Drayco must dodge a wary sheriff, hostility over coastal development, and the seductive wife of a town councilman – before the tensions explode into more violence and he becomes the next victim.