Fall in love with Wildcat: A Steamy Firefighter Romance 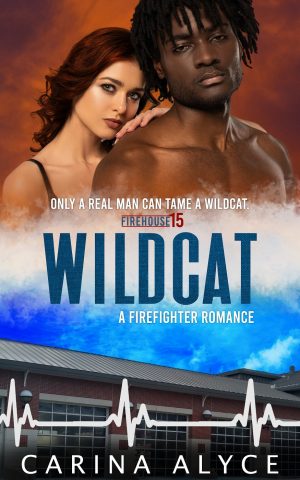 Football's biggest star meets the city's only female firefighter. Sparks fly, naughtiness ensues, and she sneaks out . . . Not for long, because he doesn't like to lose . . .

Leslie McClunis didn't give up ballet for firefighting to be told she'd get ahead if she acted more 'feminine.' As far as she's concerned, she's allowed to cuss like a guy and kick her one-night stands to the curb in the morning like a guy.

Trevor Hampton is not used to being shown the door as football's biggest, baddest defensive end. Not a fan of losing, he wants Leslie for more than a night. Nothing will stop him from capturing his very own firefighting wildcat.

Not even someone stealing his football team. . .

WARNING: This steamy romance is burning hot and loosely based on the 1995 football season. You should only read if you wish Grey's Anatomy and Chicago Fire had a ton more naughty scenes starring ripped football players.