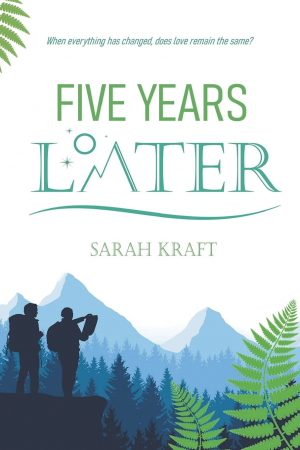 "A uniquely-crafted emotional thriller... FIVE YEARS LATER is a page-turning read, but also a deep one." - Self-Publishing Review

"... A nicely paced and engaging story — I can’t remember the last time I finished a book in three days... a fun contemporary story set against picturesque landscapes that provides a hearty dose of romantic escapism." - Coffee Time Reviews

The only thing more powerful than truth is perception.
The only emotion stronger than hatred is hope.

When Portland sales girl, Elle Fox, takes some old friends up on an offer to join their group "zencation" to the Oregon Coast, she hardly expects their gathering to include her ex, Scott Darcy. Five years ago, Scott pulled Elle in like a rip tide. A rebel with a taste for adventure, he had swept her away from small town life into the beauty of the Pacific Northwest. They had plans to explore the world together, until he disappeared without a word.

Elle thought she understood what happened between them (he wanted to be with that leggy waitress from the brewery they used to go to) but when an old box surfaces in his truck she uncovers a different story, one that will flush out long-hidden secrets about him, her family, and - hardest and most surprising of all - herself.

Told in dual timelines, FIVE YEARS LATER explores the trials of true love, the ties of a family divided, and the challenges of forgiving those who unintentionally hurt us - including ourselves.