Confessions of a Janissary 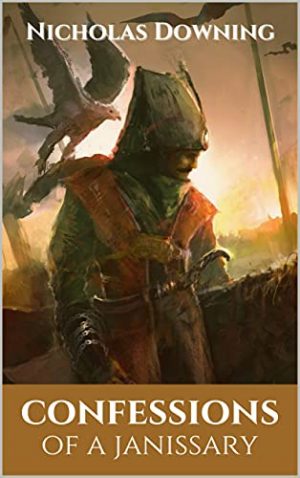 It is the late 14th Century. The young Ottoman Empire is on the rise. The Sultan's secret weapons are his elite Janissary soldier-slaves: Christian boys taken from their families, forcibly converted to Islam, and conscripted into a lifetime of military service to the Empire. Confessions of a Janissary is the epic journey of a boy who will become a man, a slave who will become a legend, a sworn celibate searching for his long-lost love, and a wandering sheep in need of a worthy shepherd.

"FIVE STARS! Confessions of a Janissary is a work of historical fiction penned by author Nicholas Downing. Written for the adult reading audience, the work contains Christian themes and is set in the late fourteenth century. Against the backdrop of the rise of the Ottoman Empire, we see the life's journey of Mirko: a young Christian boy captured and enslaved to become a Janissary soldier for the Sultan's army. As Mirko develops in a land of multiple faiths, dangerous carnage, politics, and adventure, he comes to understand himself and what his own path to contentedness will entail, provided he can pursue it. Author Nicholas Downing presents a stimulating and immersive look at fourteenth-century life under the most brutal circumstances, but Confessions of a Janissary is far from hopeless or gloomy. I appreciated the immense amount of research that was evident in Downing's presentation of the era and the circumstances Mirko lives in, from the tiny details of daily life to the more nuanced political and religious overtones of the work. While the work is also told from the Christian perspective, it is a balanced and considerate view of all races and delivers a sharp, complex picture of the different tensions caused by faith. It is an intense read, but the prose flows well to help readers cope with such complexities, and the pace always keeps the plot interesting and lively. Overall, I would not hesitate to recommend Confessions of a Janissary to any reader seeking immersive historical fiction and those with an interest in this intriguing multi-faith medieval period in general." - USA Today Bestselling Author K.C. Finn for Readers' Favorite