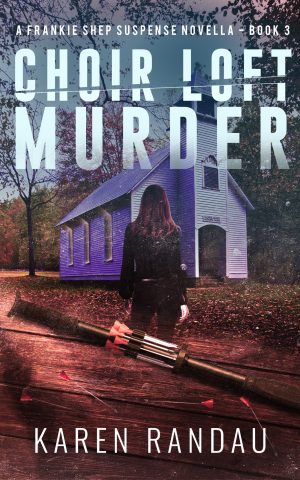 Her fiance a murderer? As she digs for the truth, she must fight to survive a plot to frame the man she loves.

Frankie Shep has endured too many tragedies in her life. When she finally dares to love again, a revengeful plot threatens to cancel her wedding plans and send her fiance to death row. But this feisty modern-day rancher won't stand for it.

A member of the church choir dies from a blowgun dart to a vital artery, and the murder weapon implicates Quint. Frankie is shocked to discover Quint was a champion blowgun competitor but quit the sport after a family disaster. And now he’s refusing to talk about his fate.

So she takes it on herself to track down the killer before Quint accepts a life-altering plea deal. She's devastated when she unearths his motive for the crime. But someone else lurks in the shadows, and that's who she's determined to find. Little does she know the killer follows her every move, ready to strike her down when she gets too close.

Can she unravel the vindictive plot before she becomes a crazed killer's next victim?