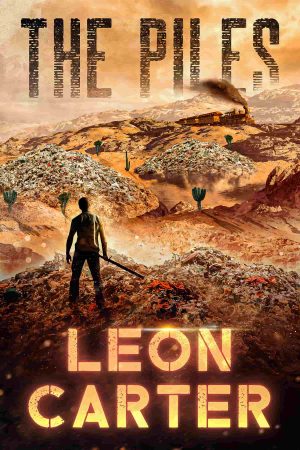 When the world is full of garbage, every day is a struggle for survival.

In this dystopian action novel, Asher is just trying to make it by. An unmanned train delivers loads of new trash to his small town in The Piles and if you aren't in the action, fighting for the prime scraps, you're as good as dead. There’s a balance between fighting off the harsh elements of the scorching desert and finding enough supplies to live another day.

A new threat soon emerges. A man who has been on the warpath, expanding his domain, now has his dictatorial eyes set on Asher's town. He soon realizes that it's up to him to save his town from the brutal invading force before it's too late.

Asher must rally a town, divided by its own need for survival, to take action in overcoming the gang’s assault. Will Asher save his town from themselves and from the fearsome gang, or will they fall as so many have before? Buy Now and enter the world of The Piles.