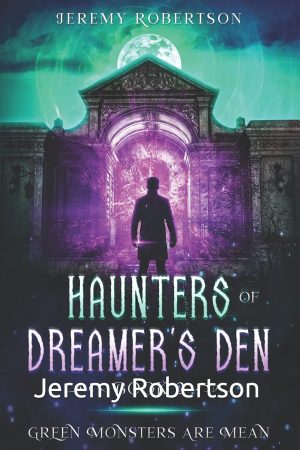 Arden Wonder discovers an unpleasant green pod covered in veins in the graveyard's mausoleum. He would never had found it, if it weren't for the glow of the full moon, on a late October, Friday night. The full moon's enchantment summoned him by hearing sinister voices to the Ghoul Graveyard. They begged Arden to collect the egg. Trying hard to block off the negative voices, Arden began sleepwalking out of his bedroom. And makes his way to the Tomb of Troubled Souls. Where there, Arden discovered the pod waiting for instructions to get hatched.

The hatchling never meant the egg to have existed. Until Count Comatose's army of his fantasy creatures became extinct. He knew the vampire needed to preserve his fiendish fantasy family before they all perish forever. So, he planted the soul of his last dying monster from his lair and planted it in a green egg. Count Comatose sent it to Arden's house, where he knew it would be a matter of time, before the vampire's green and mean friend hatch. Arden doesn't know he and his friends and family will discover a much bigger threat if Arden can prevent it from spawning, before the next full moon.