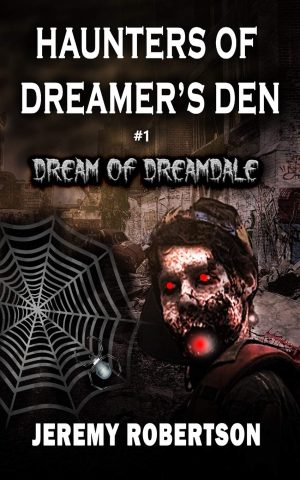 Two twelve-year-old, best friends, Monica Mud pies, and Charlotte Chocolate want to throw a slumber party with all their friends. They send out invitations before summer vacation begins. They want to spend their fun times with their gang at the old, haunted palace on Sleep Street. The place used to be owned by a more past couple named Mr. and Mrs. Nightingale. But they were banished to the Nether Nod. Everything goes according to plan, but the real fun doesn't start until midnight at the haunted castle, during spring break.

The girls don't believe the horror stories taken place at the Poltergeist Palace. They think it's silly rumors. But when they start playing games at the stroke of midnight when one of the girls goes missing. Nobody is safe at the haunted palace on Sleep Street, where reality doesn't have any control. Now the game isn't fun since Mr. and Mrs. Nightingale are under a sleepy curse. Ever since they get evil visions in their prison, it becomes the afterlife of their party. With no trace of the missing girl, Monica and Charlotte worry they may be the next victims. Monica and Charlotte summon their two best friends Arden and Tantom, for backup. But even the boys don't want to stay at the Poltergeist Palace too long, or they will all suddenly start losing their minds!