Dark Tales from Dreamdale #4. Powers of the Nightmare Slayer 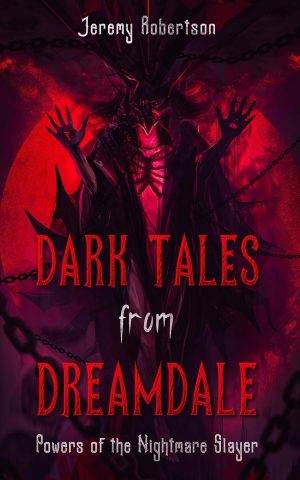 The Nightmare Slayer did not realize the soul soup he drank made him impervious to pain and magic. Count Comatose wanted Skyler to choose to be on his side, not the dream team. The Slayer's powers are superior to our superhero. While in the Dreamland of Limbo, the Nightmare Slayer falls under a deep slumber, with no control over. If Arden awakens him, he may feel disorientated after being in a world where evil should not be disturbed. Trying to get on Skyler's rational side again, Arden and his friends do whatever it takes to get the Nightmare Slayer well still before he combines his powers with Arden's magic to destroy them all and the world around them.