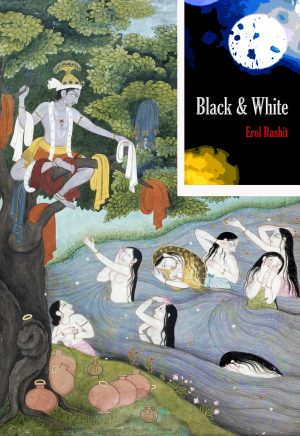 Confronting racism, transcending duality: Black & White is a metaphysical Western, set in modern times and incorporating more than a touch of the East.

A young white man, Igor, adopts as his mother a middle aged black woman, Sylvia, after meeting her in a café, each having come from the nearby cemetery. The deeper he delves into the death of Sylvia’s son, the more embroiled Igor becomes in the activities of Los Angeles gangsters, and the more he becomes the focus of a police investigation himself. If this were an old Western movie, the heroes and villains might almost be wearing white and black hats respectively. Then again, the hats could be misleading: Igor’s appetite for polyamorous relationships is not exactly respectable; nor is his willingness to match the brutality of those he seeks to outwit as he immerses himself within a tangled web of deception and violence.

‘He who sees inaction in action, and action in inaction, he is wise among men.’
—Bhagavad Gita IV, 18