Foundations of Psychokinesis, The Essential Knowledge 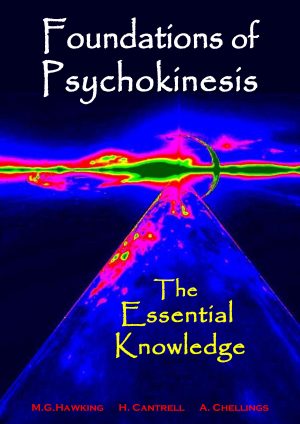 Free on Amazon August 11th and 12th, always Free on Kindle Unlimited. Psychokinesis refers to the utilization of consciousness in a manner enabling a person to influence a physical system without direct physical interaction, a capacity increasing recognized in the academic and scientific communities as part of the field of human ability.

This book contains comprehensive accounts of explorer M.G. Hawking’s experiences and conversations with the extraordinary sages and masters he encountered in the Himalayas, providing detailed narratives of their demonstrations of psychokinetic powers and in-depth descriptions of the esoteric knowledge that enables the attainment of such exceptional abilities.

5-Star Reviews: "Exceptionally well written and beneficial. Some of the most valuable meditation techniques and visualizations have been found within the pages of these books created by Wisdom Masters Press. Thoroughly delightful to read and extremely beneficial." —Frank C. "Starts with an examination of quantum physics to lay the groundwork that psychokinesis is not just plausible, but well founded in the structure of the universe. Continues with very interesting anecdotes of the author’s own observations of the phenomenon while traveling in the Himalayas, and those masters’ teachings concerning how to manifest ‘super worldly’ powers just like them.” —Wade W. “I have read a lot of books on metaphysics and spirituality in the last 15 years and this is on the best on this subject! A marvelous piece of work!” —D.

Although widely acknowledged in India, Nepal, Tibet and various Himalayan areas of Asia, psychokinetic abilities have in the Western World been largely disregarded by the general population. However, in the scientific community the perception is very different. For example, the Princeton Engineering Anomalies Research program, which operates under the aegis of Princeton University’s School of Engineering and Applied Science, pursues an agenda of studying the interaction of human consciousness with sensitive physical devices, systems, and processes, and developing complementary theoretical models to enable a better understanding of the role of consciousness in the establishment of physical reality.

Results of the Princeton experimental studies, along with many similar research projects, both in the U.S. and abroad, have established psychokinesis as operating at both the macroscopic level (using large-scale apparatus) and at the atomic level (using computerized random number generators). Although the test subjects in general do not believe that they can actually influence outcomes, and have no real idea of how to focus their consciousness to influence the outcomes, over thousands of experimental runs the results have been far beyond chance expectation, demonstrating that subjects can influence outcomes that deviate significantly from the statistical norm, often by a factor of several billion-to-one. For those familiar with quantum physics, these results come as no surprise.

The knowledge and practices presented in this book arise directly from the teachings of profoundly enlightened individuals. If studied with patience and fully integrated into your core belief system, these teachings can lay the foundation necessary to enable you to acquire abilities that most people would say are unbelievable or even impossible. Yet nothing explained in this volume is supernatural or supernormal or beyond the ability of a properly equipped individual. These abilities are not miracles. Quite the contrary. They do not require any capacities that are not inherent in the human species as a whole, if those capacities are properly recognized and developed.

As entertaining as it is enlightening, this is an incomparable book for anyone seeking enlarged knowledge and personal power. 2020 Edition, includes Reference Citations and an extensive Supplemental Material Section, e-reader page count 304 (estimated, actual count varies depending on the reading device used). A Kindle Unlimited Book. For more information, please see the 'Look Inside' feature on the book’s Amazon page. Thank you.