Of Dragon Bones and Ashen Tears 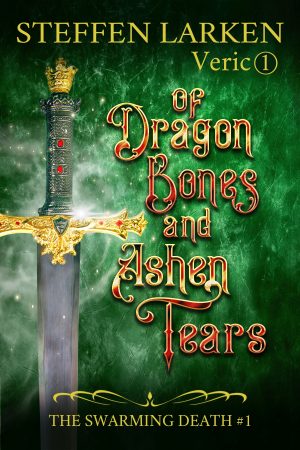 Humans think he's a freak, he just wants answers about his past... but answers are hard to find in a world that's slowly drifting into chaos.

As a child, Veric saw his parents burned alive by dragonfire. All they left him is a mysterious box with a broken symbol.

Over twenty years later, he still doesn't know what's inside the box.

To understand his heritage, he must retrieve a magic orb that is buried deep under the mountain. There are many obstacles on the way: a storm, hungry orcs, visions, a lunatic centaur... but, most of all, he is forced to face his greatest fear, at the peril of his own life.

"Of Dragon Bones and Ashen Tears" is the first episode in a 12-part high fantasy series that veers progressively into epic. Though it starts gentle, it grows in complexity and becomes darker with each new installment.