Oja and the parrot's curse 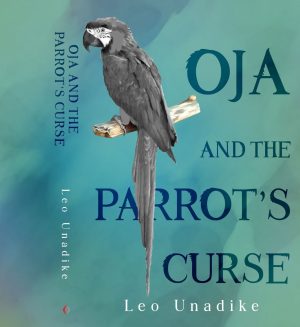 In the modest but peace-loving village of Umuzura, everyone enjoys the fruits of their colourful culture and ample agriculture. Who would start worrying about any prophecy that their happy lives and freedom is doomed to some disaster – even if it wasn’t the village parrot that said so?

As for Obinna, the apple of his eye is Adaure, the lead singer and dancer in Umuzura’s latest festival. With his flute, he hopes to make his suit and earn some money, seeing nothing sinister in the old beggarman he takes pity on, on his way.

After all, surely, he’s blind? Isn’t he?

Yet on the wrong side of West Africa’s Sahel lurks the kingdom of Tangandoom, a warrior kingdom that preys on its neighbours under its tyrant king, Gandoom – and its green eyes have spotted Umuzura.