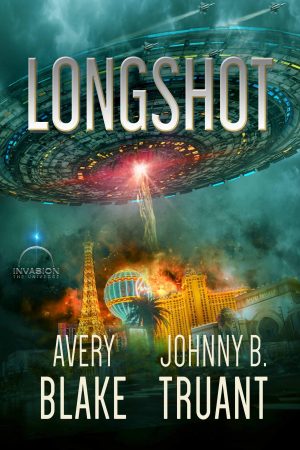 Desperate to get her life back on track, Brianna Haggarty has come home to Nowhere County to do one thing: build her grandmother a chicken coop to replace the one she burned down as a pot-smoking teenager. But when she arrives, her grandmother is gone. There’s absolutely nothing in her house — no furniture, not so much as a gum wrapper. The rest of the county’s residents have vanished, too.

The Jabberwock took ‘em… that’s what the locals say.

Dawson McCade is running for his life, hunted by assassins who would do anything to keep him from testifying. If he can just make it to the safe house in the mountains of Eastern Kentucky … But when he gets there, nobody’s home. They’ve vanished, along with everybody else in the county. Dawson runs from the insanity, crosses back over the Nowhere County line and forgets he was ever there.

That’s the Jabberwock’s doin’ … or so the locals say.

Then the killers show up.

Can they survive attacks by trained assassins and bring back the loved ones they've lost?

Fans of Justified, Under The Dome, and LOST will feel right at home in Nowhere, USA