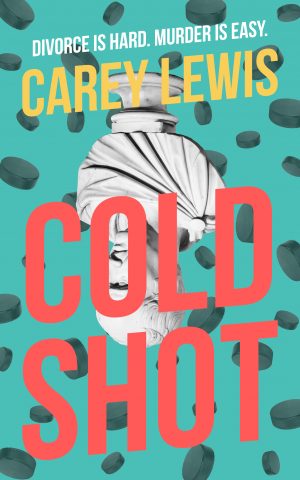 Divorce is hard. Murder is easy.

Dwayne is a retired hockey player. Celeste is an Instagram star. For their five-year anniversary, they both want the same thing – to have the other murdered.

There’s just one problem: They each hire the same hitman.

What ensues is a riveting, delightfully dark tale of pitch-perfect criminal mayhem. Throw in a repo-man, psychic, and a mercenary biker, and you have a sensational novel unlike anything you’ve ever read.

There’s only one way this ends…

And it won’t be amicable.

It’s only a matter of time until Carey Lewis is mentioned alongside the Crime Fiction greats. Razor-sharp dialogue, delicious characters, and refreshingly irresistible stories place him at the top of the genre.