The Daemon's Wish by Chris Wright 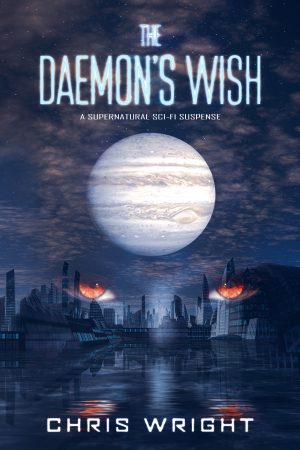 The year is 2410. Humanity is living in a golden age, having worked together to stop global warming and bring world peace. Eventually they launched themselves to the stars, colonizing first Mars and then terraforming Europa. Jupiter’s moon is a near Utopia for everyone who lives there, until a series of terrifying murders rock the fabric of society. The Police and their Criminal Profiler Noah Peterson investigate, but things aren’t what they first appear. The Serial Killer leaves no prints, and video surveillance mysteriously malfunctions when they’re near. Who or what is the killer? Supernatural or natural? And does Noah know more than he is saying? A game of cat and mouse ensues, where deep dark secrets are revealed; secrets that ensure that Noah and everyone he knows will never be the same again.

*****Original, beautifully written and the ending packed a big punch for me