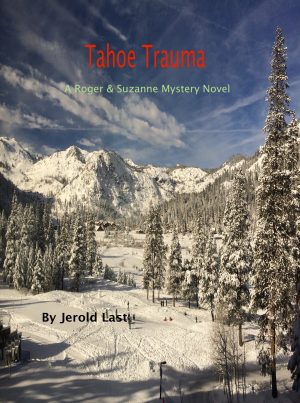 Roger takes a very different kind of case from a new client, a lawyer with an odd story. Before long he’s investigating a murder committed on a ski slope in California near Lake Tahoe. The killing may be linked to another case he’s investigating on behalf of another new client, a shady mobster from Los Angeles. A detective from Roger’s agency goes undercover to work for the mob while she looks for a vital clue. Meanwhile, Roger’s investigation gets him into trouble with some Nevada casino enforcers, one of whom tries to kill him. From the lush forests, well-groomed ski slopes, and scenic grandeur of the Tahoe wilderness to the glitzy casinos of Reno and the sumptuous excesses of the Hollywood party scene, Roger and his colleagues follow a twisted trail of treachery to a killer who just might have committed the perfect murder. This suspenseful thriller can be enjoyed as a standalone novel. Available in e-book or paperback formats and from Kindle Unlimited.