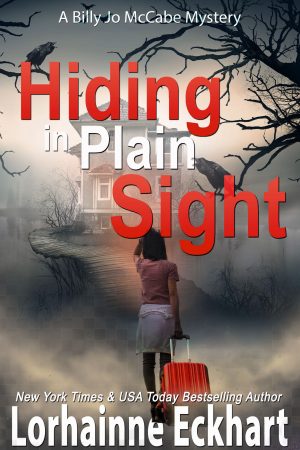 A long-buried secret that was never meant to be uncovered could suddenly put a target on both Detective Mark Friessen and Billy Jo McCabe.

“No matter how much you think you want to know about something, sometimes the truth is worse.” Catlou

Twenty-five years ago, Billy Jo was born to a meth addict and spent her first few months being weaned off the drug. Labeled a difficult baby, she was bounced from foster home to foster home. Later, she was called trouble, a runner, and was accused of starting fires and stealing. She pulled a knife on one foster brother and threatened to bash in the head of another, then spent time in jail by the age of fifteen. That was before she pulled a gun at a gas station and was adopted by Chase McCabe. Her file was then sealed.

However, Billy Jo feels growing resentment for the woman responsible for her first fifteen years of hell, the one who tossed her away as if she were garbage. That has her seeking out leads as to where her real mother is, her last known whereabouts based on the sealed file she isn’t technically supposed to access. But following the rules is not something Billy Jo is known for, especially not when she’s playing amateur detective, asking about a woman who evidently doesn’t want to be found.

Before long, Detective Mark Friessen shows up on her doorstep after someone files a complaint against her, warning her about harassing the locals. But then Billy Jo finds herself terrorized by someone determined to stop her from uncovering the truth.

Trusting anyone in her search could come at a cost, as Billy Jo soon learns that when her mother disappeared, she took with her a secret that someone doesn’t want unearthed. Ultimately, her quest for answers puts a target on her that could see her killed, and that leaves Billy Jo once again forced to trust Mark, a man she will likely always be at odds with.