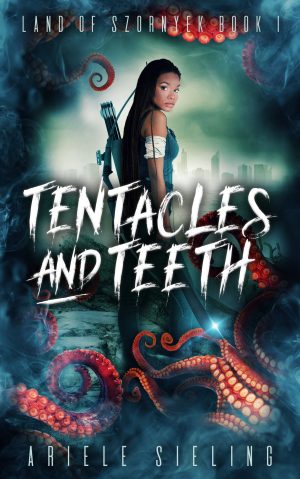 The apocalypse wasn't what anyone expected--no rising flood waters, no zombies, no nuclear bombs. Instead, monsters. Their sudden invasion left the world in shatters, and now, decades later, all that's left of human civilization are a few nomadic bands struggling to survive off the land.

Askari was born to this world, and lives, fights, and survives alongside the community that raised her. But when she breaks one too many of the community's rules, her punishment is severe: leave.

Armed with her bow and blade, Askari sets off alone, guided only by a map and the promise that if she can find a book hidden in a nearby town, then she can return. But what can one person do alone in such a harsh, violent landscape? How will she survive?

Askari faces a challenge that will force her to learn not only about the world she lives in, but question what she believes about herself.