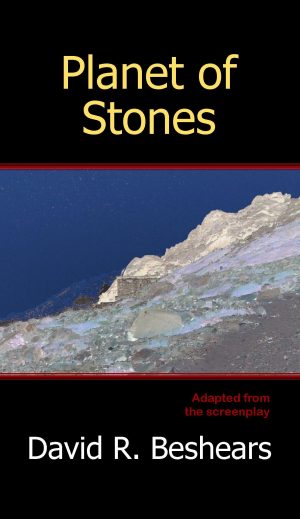 Lieutenant Connelly is one of six Monitors sent 100,000 years into the past to study the tribes of two recently discovered humanoid species. Each Monitor lives alone in isolated outposts located far apart from one another around Alpha Valley.

Connelly’s only companion is Box, a small A-I device that he carries about with him in his pocket.

Two years into his three year mission, he is unexpectedly recalled to Central, an underground facility in the heart of Alpha Valley and from where he will be returning to Point Zero… home to the year 2058.

His journey back to Central includes several unplanned detours, having to deal with both the Littles and the Alphas, the two species he has been unobtrusively observing.

Reaching Central at last, Connelly and Box find that their mission wasn’t at all what they had thought it was...

Feedback regarding the screenplay adaptation:
“An immersive, entertaining sci-fi experience.”
“Successfully transplants a nearly human-like arc onto a non-human character, which is a difficult task to pull off.”
“In a film culture where so many filmmakers put dialog over visual storytelling, your script immediately sets itself apart as something concerned with the tools of cinema. More than anything else, this quality helps to make your script memorable.”
“You create a real sense of not only discovery, but also adventure.”
“You have a strong talent for writing scene description in a way that highlights the specific elements that make screenwriting unique.”
“You capture the sense of a stranger in a strange land wonderfully.”