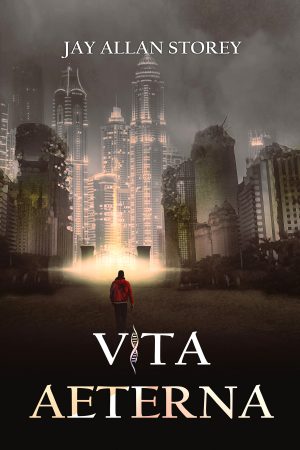 With the fate of the world in the balance, one outlier could tip the scales towards salvation or disaster.

Sixteen-year-old Alex Barret lives in the Quarters, an immense blight of broken-down slums surrounding a glittering walled-off city called the First Circle. Alex dreams of rising above his station and proving his worth to his true love's wealthy family, but in a world where an elite few lord over the dirt-poor masses, he knows the odds are stacked against him.

A right of passage called Appraisal, an unpredictable medical procedure with the potential to extend his lifespan, might improve his chances. But no scenario he's ever heard of has prepared Alex for his own experience - following his Appraisal he's abducted, imprisoned, and subjected to brutal medical experiments in a high-tech lab.

He escapes and goes on the run, a heartbeat ahead of a ruthless army led by the most powerful man in the world. When he finally pieces together the clues behind his kidnapping, they lead to a treacherous plot that only he can derail.

But to succeed, he must penetrate the First Circle, the forbidden abode of the ruling class.