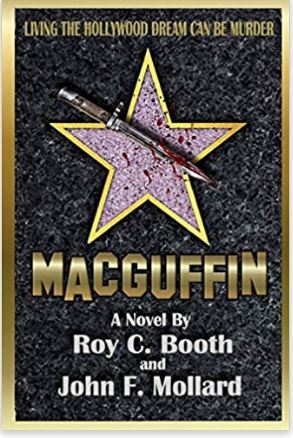 Rich MacGuffin, an aspiring actor with a talent for acting but a distinct lack of tinsel town looks, struggles to find work that will lead him on the road to stardom.

When a series of murders takes place by an elusive serial killer nicknamed THE HOLLYWOOD SPECTRE, and one of those victims is the star in a movie in the process of being shot, MacGuffin comes up with a unique idea that will land him the starring role.

Finally, MacGuffin gets his chance to show his acting ability, and he shines. But the killer is still on the prowl and seeking revenge against those from his past. MacGuffin unwittingly becomes involved with the LAPD and FBI as they hunt the killer and the bodies stack up.