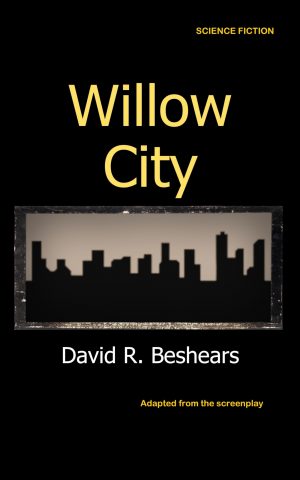 A soldier returns home to the damp, gray streets of Willow City to search for his missing brother. Willow City, one of the eight authoritarian city-states of the Federation. Willow City, a world of dark secrets and shadowy characters.

Dystopian science fiction in an atmosphere of black and white fifties film noir.

Willow City is one of eight city-states that make up the Federation, a group of loosely aligned authoritarian municipalities that operate autonomously… within Federation guidelines.

The city-state of Willow City is held in the tight grip of City Hall, and the mayor will do anything to ensure the dark, damp streets of Willow City never see Federation boots.

Hidden in the shadows of the city-state are ever-shadowy characters living day-to-day, surviving as best they can under the watchful gaze of City Hall.

Alan Thornton returns home to Willow City to search for his brother, recently gone missing. His search takes him into the dark alleys and smoky nightclubs of the city, and very few of the shadowy characters existing there appear glad to see him.

The Willow City novella is adapted from the science fiction / film noir screenplay and is available in print, large print and ebook.