A Train To Nowhere 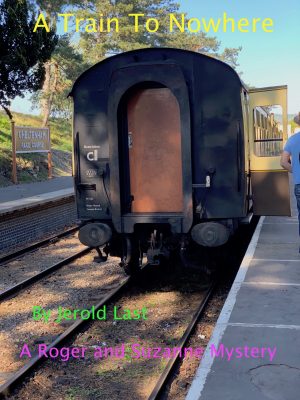 In a fast-paced story of spies and murder, a private detective investigates the violent death of a Paraguayan agent in Cheltenham, a small British city. The victim was stabbed while sitting in an empty railroad car on a siding in the local railroad station. Roger is the only suspect in the homicide case. His investigation initially takes him to Australia and Malaysia, but it soon becomes apparent that the answers he is seeking will be found back in Great Britain. Following the trail of clues, he meets an attractive agent with an agenda, as well as several additional spies of various nationalities with their own agendas. Available in e-book and paperback formats and free to download from Kindle Unlimited.