Princelings Revolution - the last in the series 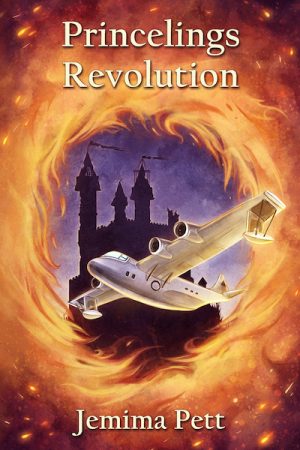 After ten years, the final book of the Princelings of the East series launches this autumn.

The Princelings of the East are now King Fred and Prince Engineer George. Gone are the years of innocence when they travelled for adventure and uncovered time tunnels and pirate plots. Now Fred has the responsibility for his people, his lands, and for persuading the lords and kings of the Realms to act together for the common good. George just has to work on his inventions.

In Princelings Revolution, a birthday party ends in disaster. George seems to have lost a phial of highly dangerous liquid. And King Fred is battling politics, relatives and self-seeking dignitaries in his aim to give the people a better management system.

Above all this there is a promise he wants to keep. A promise to an engaging chap he made when he was a mere stripling, when he persuaded that person to stop the Great Energy Drain.

What will happen if he fails?