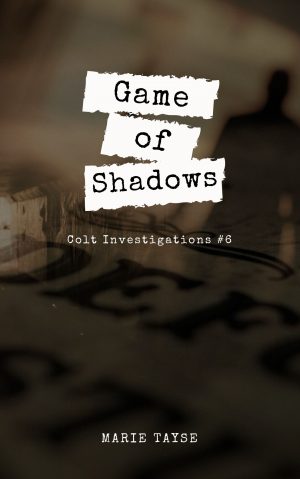 It was supposed to be an innocent game, contacting ghosts among the spirit realm. But when the voice comes through, Sophie, Kasey, Toby, and Ember quickly realize they are about to get much more than they bargained for.
After weeks of unexplainable occurrences and the distance between the four of them rapidly growing, one of the friends decides enough is enough. Concerned not only for herself, but also those she cares about, Sophie reaches out to Colt Investigations for help.
Now with an elderly woman and her granddaughter’s lives at stake and two members of the team distancing themselves from the case to protect their own families, finding a resolution comes down to the three remaining Colt brothers.