Courage of the Dragon (Colt Investigations #5) 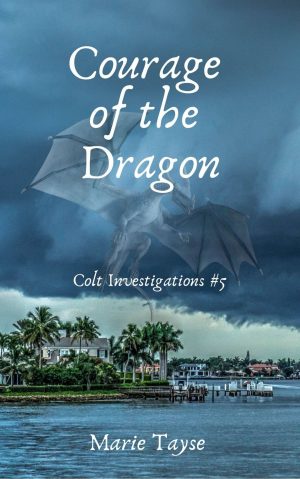 Alex Colt has been through a lot in his lifetime. He has successfully overcome everything that has attempted to destroy him so far, although he has witnessed things that most people could not begin to fathom. Using writing as an escape from everyday life, he begins to become more of a loner as he enters his teenage years. Not understanding what his little brother is going through, Billy just adds to Alex's frustrations by being overly critical in regards to the boy's lifestyle choices. Due to being at the brunt of everyone's jokes at school and having no support at home, Alex decides to drop out and travel to Florida where he believes life will be better. But before he leaves Nebraska, another event occurs only adding to his belief that his hometown and everything related to it is nothing but trouble. Hitchhiking across the country with only the clothes on his back, he encounters several individuals who will either make or break his well-being as he struggles to find himself. Along his journey, he also learns that like his brothers, he too has an unusual ability. It is this ability that will ultimately lead him to his destiny.