A Train to Nowhere 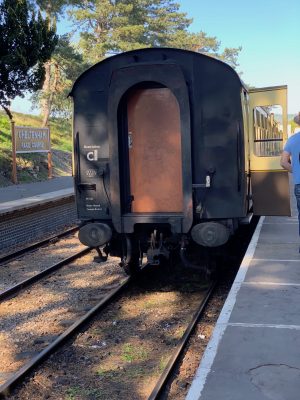 Who murdered the spy on the train to nowhere?  Roger returns to Europe to solve another suspenseful mystery. A Paraguayan espionage agent is murdered in a small city in southwestern England. There doesn’t seem to be much of an investigation by the local cops. Roger is the only suspect in the homicide case. Between visits to castles and other tourist attractions, fine and not so fine dining, and accumulating a lot of frequent flier miles, Roger follows a twisted trail of clues, betrayal, and foreign agents as he comes closer and closer to the answer of who killed the victim. Not to mention getting closer to being killed himself. Available in e-book and paperback formats and free to download from Kindle Unlimited.