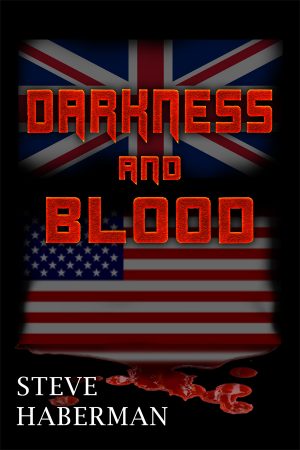 Darkness and Blood. Limited time offer. Free political thriller. An ex-American spy, now in hiding, and his former CIA boss are on the run in Europe from governments after they unearth damaging, top secret information. A thriller set against a backdrop of paranoia, a surveillance-infested London, and backstabbing at MI5, Britain's domestic intelligence agency.