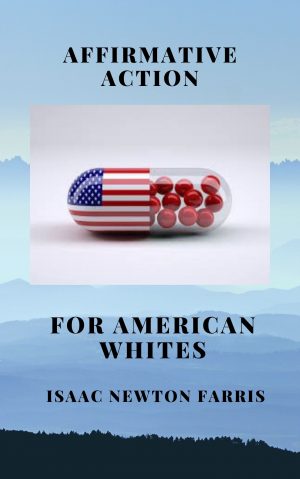 America is at a transformational point, reflecting both great promise and tremendous challenges. This is due to the changing racial/ethnic demographics that have traditionally defined the cultural values, behavior, beliefs, language, arts, and symbols of American society. The population in America is shifting from a racial majority of Caucasian or White people (American Whites) to a blend of Hispanics, American Blacks, and Asians who will constitute the future majority population in America. For the traditional majority of American Whites, this raises non-racist but serious questions about the whole idea of American society being a melting pot or blending of cultures to make one American culture. For the rest of American citizens, it raises the serious questions of how they should deal with and why they should care about this new anxiety American whites feel. Affirmative Action for American Whites confronts openly and honestly with these challenges and others that demographic change in America present. It offers a new racial perspective that will smooth the way for America’s 21st century transition to the new colored majority population.