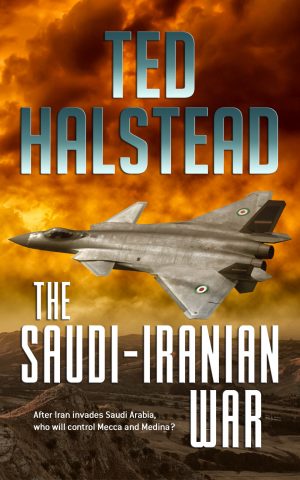 The Saudi-Iranian War: Can Russian agents, Saudi tanks and American technology stop Iran’s Supreme Leader in time? Iran's new ruler will use three nuclear weapons, VX and two armored forces driving on Riyadh to overthrow the Saudi monarchy. Can he be stopped before thousands die, and a wider Middle East war begins? “Fans of military fiction will love the detailed descriptions of tanks, drones and warheads. But fans of political thrillers will enjoy the pacing and the story. It reads like a Tom Clancy novel, in that there are numerous characters and lots of moving parts. However, unlike Clancy, there are no side-plots that take a tangent to nowhere. Every person and event described in the book lead directly to the main plot, making this a pretty quick, concise read. I highly recommend this book, especially if you’re curious about military fiction.”- Amazon Review.